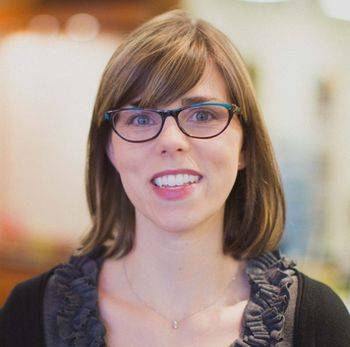 Dr. Loewen is born and raised in Winnipeg. She graduated from the University of Manitoba with a B.Sc. with Distinction in 2006. During her studies, she was involved in molecular biology research in the Department of Microbiology. She continued her education at the University of Waterloo School of Optometry and completed an internship in Mobile, Alabama with emphasis on oculopastics, neuro-ophthalmology, cataract pre-operative and post-operative management, glaucoma, and diseases of the retina and vitreous. Dr. Loewen graduated from the University of Waterloo with her Doctor of Optometry degree in 2010 on the Dean’s Honours List.

Following her studies, Dr.  Loewen returned to Winnipeg and joined Village Optical in 2010.  She enjoys providing primary care optometry, with a special interest in pediatrics and diabetic eye care.

Dr. Loewen chairs the Children’s Vision Committee of the Manitoba Association of Optometrists.  Additionally, she was a co-author on the Canadian Association of Optometrists 2017 Clinical Practice Guideline for the Optometric Care of the Patient with Diabetes.  She has an interest in providing eyecare to those in need and has traveled to communities in Mexico, Guatemala, and Jamaica on vision missions. Additionally, she volunteers her time at Siloam Mission providing eye exams to Winnipeg’s less fortunate.

Dr. Loewen was named Optometrist of the Year in 2018 by the Manitoba Association of Optometrists.

Outside of eye care, Dr. Loewen enjoys staying active, reading, and traveling.  A former rower, she previously served as Secretary on the Board of Directors for the Winnipeg Rowing Club.    She is always happy to discuss travel adventures with her patients!