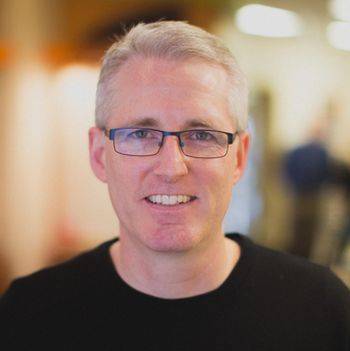 Dr. Livingstone was born and raised in Winnipeg. He began in the optical industry in 1986, working on the front lines of customer service in optical stores. His experience working as an optician included optical dispensing in optical boutiques, corporate chains, department stores, individually owned dispensaries, and doing finishing lab work. His work as an ophthalmic dispenser took him from Manitoba to B.C., Ontario, and Sydney, Australia.

In the mid-nineties he returned to university and graduated with his Doctor of Optometry degree from the University of Waterloo in 2002. After working as an associate optometrist, he started Eye Prism Optical in 2005. In 2013, he partnered with Village Optical and has been a proud member of our amazing team ever since.

Dr. Livingstone has been a member of the St. Vital Rotary Club since 2006 and begins his second term as club president in 2019. Lately, Dr Livingstone has taken up the hobby of learning to fly gliders and is working towards his ultra-light aircraft pilot's license.